On Sunday the first of the County Finals were played at Carnmoggas Indoor Bowls Club.  During the morning the Mixed Fours was contested by the eight qualifiers from earlier in the season. 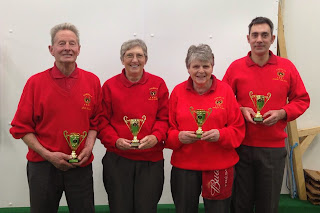 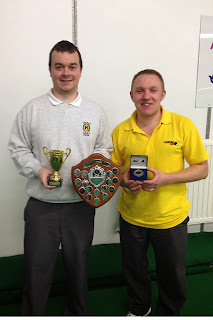 The day's other competition saw 14 club champions contest the County Champion of Champions competition in a straight knock out format.

In the Semi Finals Gribble edged a very tight game against Horrell 6-4 and in contrast Hore dominated against Skinner winning 15-1.  In the final Hore led 7-4 going into the last end and with Gribble lying three shots to potentially force an extra end Hore moved the jack to pick up two to win 9-4 and a 20th County Title.